In 1907 a Scottish entrepreneur, unable to get financial backing in the UK took the idea for a portable fire extinguisher to the US and, in 1909 set up the Pyrene Company of Delaware. In 1914 an American businessman Mr Wallace B Phillips, set up a British offshoot based in Great Queen Street, London. In 1918 the office of Pyrene, an ever expanding company moved and they set up in 9 Grosvenor Gardens, London. While their manufacturing was based elsewhere it seems for a long period they had their main office there.

I often credit Mr Gilbert H Carr to setting up the AAGB but there was another key player in its formation, someone who was also a member of The American Society in London – Mr Wallace B Phillips. Mr Phillips played a key part in setting up the AAGB and running it in the early years so it makes logical sense that they used his offices.

They moved to 44 Lower Belgrave Street in March 1945, the reason for that still remains a mystery for now however it was fascinating to find this link to their first headquarters.

Bellow are some photos of a Pyrene Extinguisher, the building in question, a Pyrene advert and an AAGB ID card with the address on! 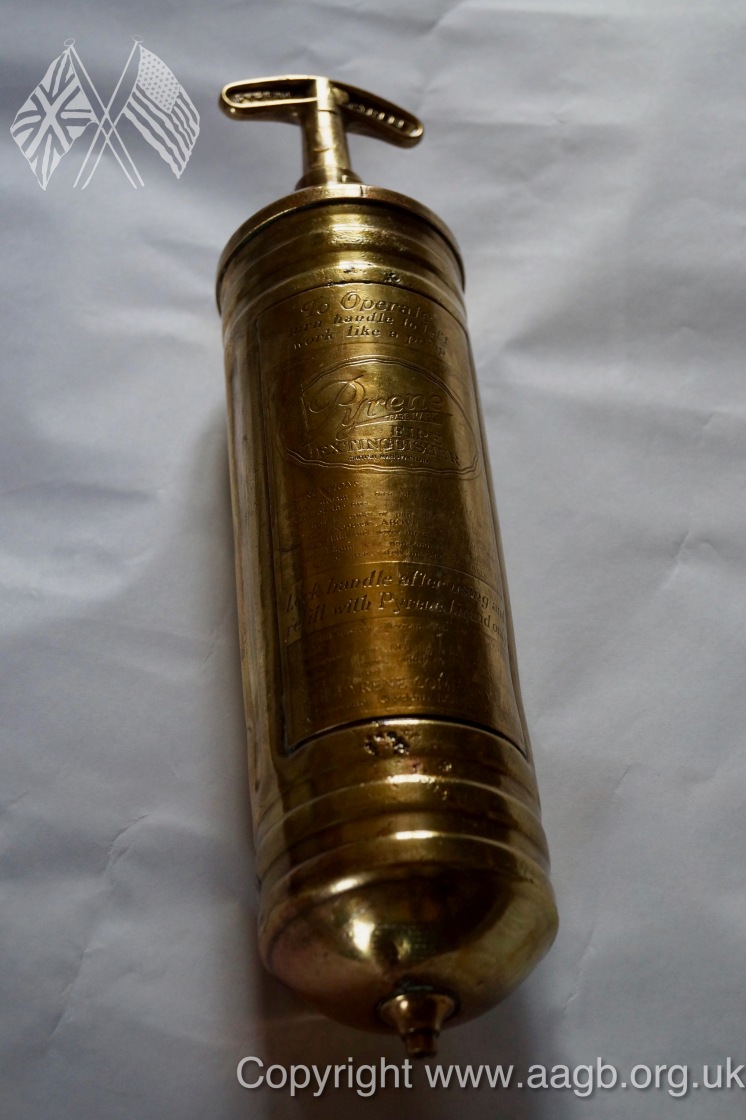